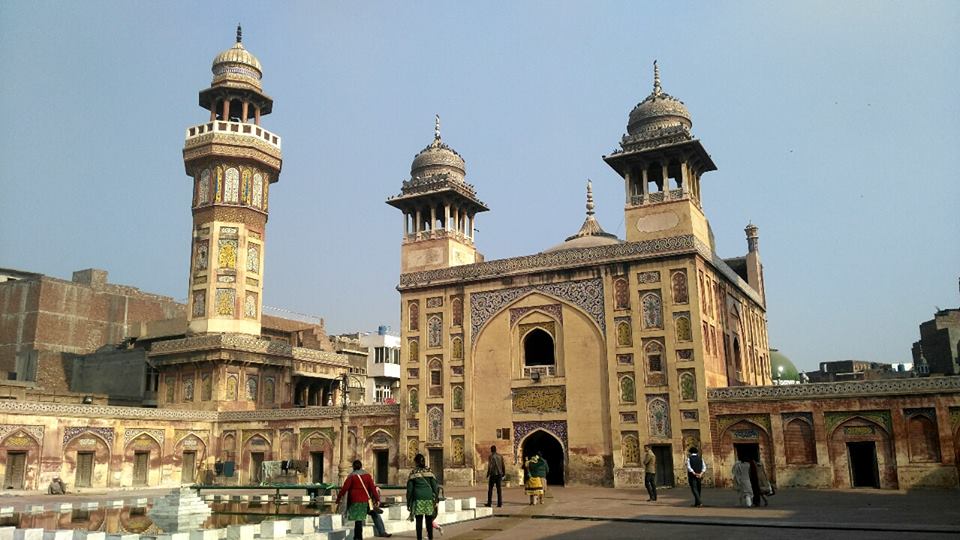 On Sunday, 20 December 2015, my family and some of our friends went to see the Walled City of Lahore.  Before people lived in areas like Defence or Gulberg, they used to live in the Walled City.

Emperor Shah Jehan built more sections of the Lahore fort and also fortified the city. There were 12 entrances to the walled city of Lahore. These entrances were known as Derwaza. There were 12 different names for each Derwaza (Gates).  As the population increased they started to live in the outer parts of the Walled City and they formed areas such as Model Town and Gulberg. Due to further increase in population, people started living in other areas and even those are expanding now. The WCLA (Walled City of Lahore Authority) has renovated it and made it a tourist site containing large markets, residential areas, Shahi Hammam and Mosques. It is a place full of rich history and culture.

I think everyone in Lahore should see the Walled City for an interesting experience. The minute you enter from one of the impressive Derwazas, which are huge because elephants used to go through the city, you will see the city dotted with colorful rickshaws.

You can skim through shops full of colorful spices and traditional goods. You can even go to Food Street for a traditional taste in food or visit the beautifully designed Mosques like the Wazir Khan Mosque. My favorite part was visiting the Shahi Hammam which had been recently restored and preserved by the Royal Norwegian Embassy and the Walled City Lahore Authority. The magnificent Shahi Hammam has been restored to a bath house which was previously used as a school, a housing building for the sick and offices during the British rule.

The exquisite paintings had been restored and the structure had been renovated .In the Shahi Hammam you can see a clever system of hot and cold water for baths that they used. You can even watch two small documentaries about the Walled City and the Shahi Hammam, admire the skillfully painted ceilings or the grand Mughal architecture. If you enjoy learning about history and are able to visit with your friends or family, you will enjoy the grandeur, narrow alleys, colourful traditional performances and the cheerful sounds of the Walled City of Lahore.

It will definitely be a trip to remember and write about!