Thinking Outside of the Boxes 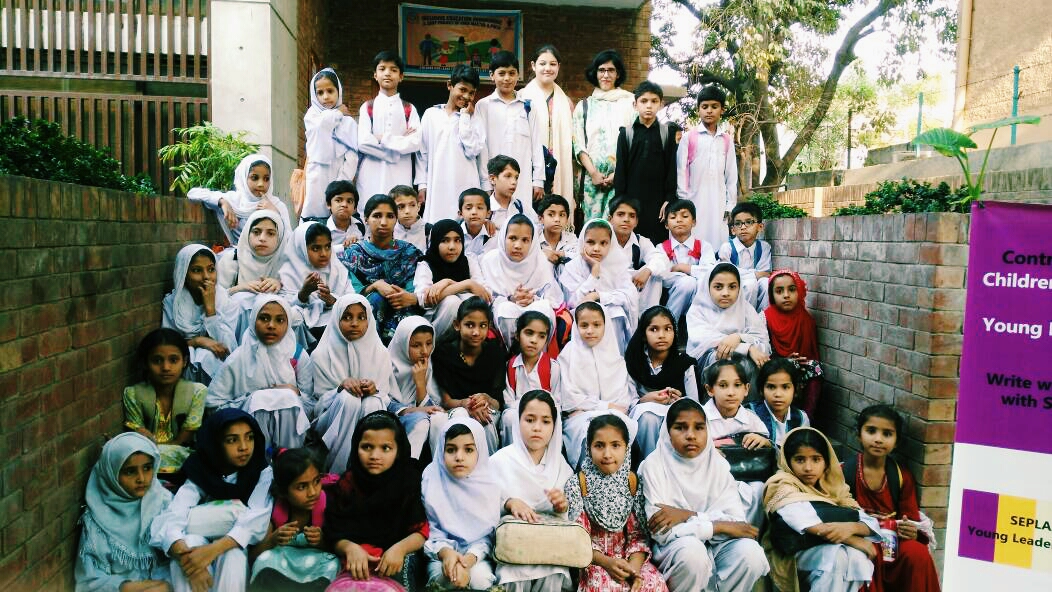 Thinking ‘outside the box’ with the children at Amin Maktab.

The SEPLAA Young Leaders held an activity on the theme ‘creativity’, with the children of Amin Maktab. This time, we conducted the activity with a new class as our previous students had been promoted to another class. Although they were a new class and we may have been a bit shy at first, soon they had the same enthusiasm and energetic attitude. We designed a simple worksheet; a rectangle with squares of different sizes. The children were given these worksheets and markers to colour in. Our aim was to show the children that everyone would have different patterns at the end, and that all their patterns would be unique and creative. This certainly was proved true because at the end of the activity, everyone had coloured in differently. This showed that creativity could turn something such as a number of squares into a colourful pattern. There was so much exhilaration and energy which came from going from table to table to make sure that everyone had the markers they wanted. It made the activity much more lively and exciting. At the end of the activity and after the group photograph, some students from our previous batch came to meet us.

With warm smiles on their faces, they approached us and greeted us politely. After meeting several old students and having a small conversation with them, they told us that they hoped that we would be able to conduct more activities with them too. Not only was this experience heart-warming, but it showed us how much of an impact our sessions had on these children. Every activity held at Amin Maktab was able to teach them something new and gave them opportunities to be creative.