Finding Happiness In Someone Else’s Misery 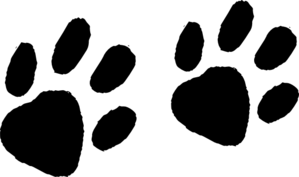 Everyday, we face different situations that manage to stretch a smile across our face. It can be some humorous encounter, a mere helping hand, and, admittedly, sometimes even someone else’s veiled torment. Just recently, I visited the Mall of Lahore, which has been accommodating a couple of parrots since the last two years. These parrots are quite literally kept there for their exquisite ‘display’ outside Greenvalley and everyday, hundreds of people pass these parrots and let out a snicker or two after seeing them. Children, intrigued by these animals, aim to rub their hands on their delicate feathers and even try to poke them in different places, just for their entertainment and contentment. Little do they know that behind this ‘aesthetic display’, these parrots have been ostensibly drugged just to appear serene and untroubled. This is again done merely for our entertainment purposes. Unfortunately, they have been deprived of their natural habitat and instead, have been put in such places where they only get poked by insensitive hands and chuckled at by naïve people.

Another example includes the monkeys that we often see on the roads, accompanying their master. These monkeys have been trained to execute couple of moves, which also include the typical salute. This is again done for our entertainment and glee only. Little do we acknowledge that a loud city crowded by people is the last place for this creature to live in. Even in some zoos and places like the Tiger Temple in Thailand, wild animals including tigers are possibly sedated so that we can capture pictures with them. Along with this, these animals often face malnutrition due to the lack of sufficient vitamins and minerals in their diet. Their short chains are often a source of hindrance, preventing them from roaming around freely.

At this moment, one may stop and ponder: Are we really that thirsty for entertainment from these innocent animals? Do we not already have enough means of entertainment surrounding us that we make these wild animals a channel through which we receive further amusement? One may feel a pang of guilt after reading this article because after all, finding tranquility in someone else’s agony is something one should be deeply ashamed of. Different campaigns have been lead regarding this issue but they have been overlooked due to the ignorance that is possessed by the masses. I believe that it is about time that this callous action is discontinued and to achieve this, one can spread this message through several means: the social media, different flyovers, and even using presentations to convey this message!

“The assumption that animals are without rights, and the illusion that our treatment of them has no moral significance, is a positively outrageous example of Western crudity and barbarity. Universal compassion is the only guarantee of morality.” —- Arthur Schopenhauer, German Philosopher

Meryum is a SYLC Student Ambassador. She is currently doing her A’ Levels from LGS 55MAIN.